That time I saw for the first time in my life a community where men and women had equal rights.

Warning: Ethiopia is a hugely Christian country bordered by equally devout Muslim countries. As a result, there is a lot of bloodshed at these borders. Plan your route carefully taking heed of any advice from the foreign office.

I went out to Ethiopia to complete a school project (charity work) in one of the poorest regions of Addis Ababa; the nation’s capital city. I stayed with a local family and lived like a local, which involved eating local food, going to a church service in Amharic (Ethiopia’s language), and not having access to running water.

Side note: On my way back to the UK, I changed in Abu Dhabi. Due to lack of water resources I hadn’t washed my hair since I had arrived 6 weeks prior, I hadn’t washed generally for over a week, and I was wearing pyjamas yet Emirates still bumped me up to business class for free! No complaints here.

Unfortunately, there is a gaping hole in the information available in Ethiopia when compared to that of the West, so when people are Christian here, they take the bible very literally. The world was created in six days, do not work on the sabbath and women are lesser beings and all that jazz. The latter on this list was so patent and prevalent in everyday life that it was very trying for me to attempt to integrate myself into society.

The photo above shows some of the girls I befriended when doing the charity project. I taught some Maths to girls and boys who came from families who could not afford to send their children to school. Two of the girls were so much better and more switched on than everyone else, but because they are girls, they will never have the opportunity to use their talents if the country continues as is.

Walking to and from the school, I was told innumerable times by locals that my job as a secondary school teacher is too important for a woman to do and that women should only teach primary. Moreover, I was often approached by men in the street who would heckle me, follow me, and thought they could have me just because they wanted it.

Perhaps my most horrific experience while I was in country was when I kept a woman company who was dying of AIDS. I remember vividly how we made small talk and chatted about her life. When she mentioned a husband, I asked her where he was that day. (Brace yourselves.) She told me that he often leaves during the day in pursuit of a younger lover, finding a different woman each day. It transpired that this, was in fact, how he had contracted HIV that he then passed it on to his wife and is now killing her, yet he continued to have unprotected sex with many more women whilst she lay there, as if she were waiting to die.

The rife and patent sexism behind every act was enough to anger me, yet as a woman in their culture, I had to keep in line.

Once the school holidays started, the project had to be put on hold and I was free to explore the country a little more. I met a Canadian and an American who both had Ethiopian heritage and travelled with them. First, we headed North to Bahir Dar to see the Blue Nile Falls, which were very very brown. Then we went to Gondar, the former capital where we explored a castle that was occupied by the Italians after WWII, and then visited some relatives of my travel buddies for dinner. We stopped at a small community in the middle of nowhere called Awra Amba, which will be the main focus of the post, before our last stop in Lalibela. Lalibela is one of Ethiopia’s biggest tourist attractions where countless churches were carved out of a rock in 12th-13th century (similar idea to Petra, read about that here).

Awra Amba is a unique village in Ethiopia, in that it lives on the principle that men and women are equal.

I was thrilled to find this little community that thrived off of equality. It was founded by Zumra, who had a vision of equality between the sexes from a young age. Rather than delegating jobs to people because they are men, he judged each individual on their abilities and gave them an appropriate job to best utilise these. This means that men and women work together in the field, in the cotton workshop, and in schools. Men can be found cooking and sewing and women can be found educating older children and using heavy machinery.

More astonishingly, the Awra Amba community do not have a specific religion; they do not call themselves Christians or Muslims or any other label. They believe that labelling people with this religion or that religion creates divisions and drives people apart. Instead, to maintain unity, they all believe in a higher power and serve that power by serving each other and the community. They don’t work for payment or for ambition, but only to serve and sustain the community. 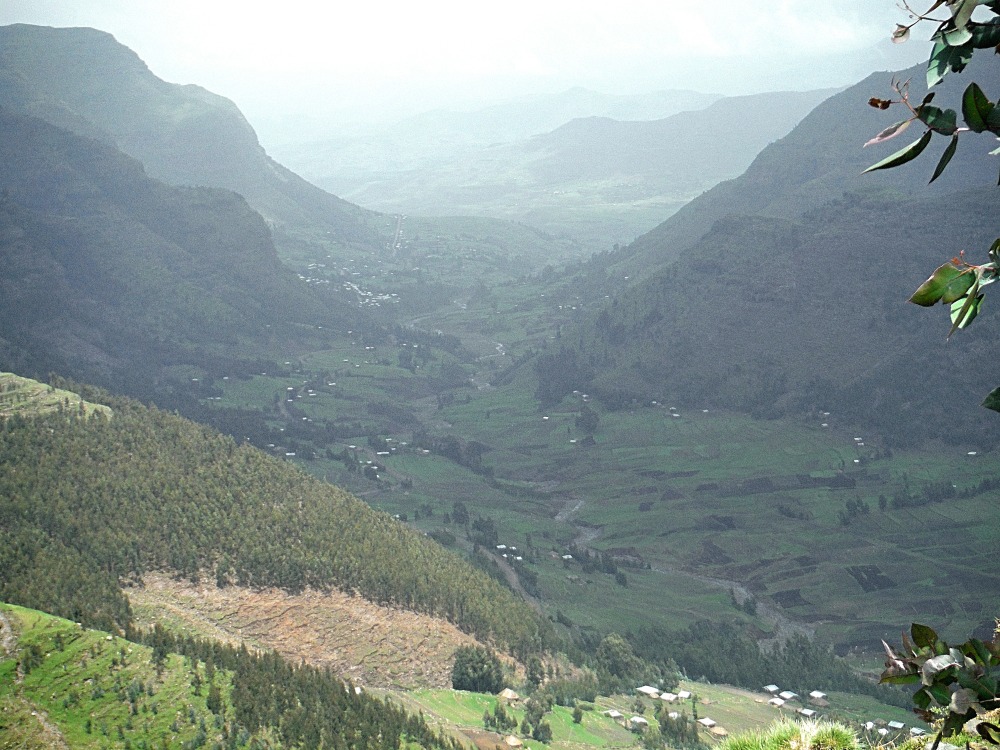 The rest of Ethiopia did not like this at all…!!! They banished the community to the most malaria-infested and to the most infertile land in the country. The community made the best of what they had and found that the area was rich in cotton seed, hence the cotton production for which it is known.

If you ever visit Ethiopia, (which I appreciate that most of you probably won’t), I urge you to include this place in your trip. It’s an example of how the rest of the world should be living; without hatred between religions and without sexism.

Disclaimer: I’m not a communist, but I do believe in equality and equal opportunities. As a strong atheist, it was also nice to see people putting personal beliefs to one side to deal with the more pressing issues of life, family and the community.

Info: I flew from Heathrow to Addis Ababa, which is one of the main flight hubs in Africa. Ethiopian airlines were the cheapest I could find but also allowed two checked bags, both with a limit of 23kg. As mentioned, I returned with Emirates to Heathrow. Once I arrived in Ethiopia, the route I followed was successful and convenient and since getting back I have discovered that it shares many stops with most tour operators and then some. It creates a loop from Addis > Bahir Dar > Gondar > Awra Amba > Lalibela > Addis. There are plenty of things to do in each place – Tripadvisor is a good starting point.

Recommended product: Lifeventure All Purpose Soap is perfect for trips during which you won’t know when your next access to running water will be. I used this as hand sanitiser and to wash underwear, and it can even be used on food! Lifesaver.

Tip of the week: When visiting poorer countries it can be tempting to give money to people who comparatively have so little. Rather than handing out money, buy some things to take before you arrive and hand these out instead. It might be pens, bouncy balls, bubbles, or some sort of edible treat.

This guy. Monkeys are aggressive by the way.